My grandmother married young. She was madly in love. Tall, dark and handsome he was. Gentle, charming and he adored her.

His name was Ralph.

They lived on his parents’ dairy farm as a young couple. Their daughter was one year old and she was pregnant again when her beloved tragically died in a farming accident.

I am told the house sobbed all night long.

I am also told my grandmother was never again the same.

I visited with my grandmother just last week, as she was slowly easing to the other side.

I watched as her weathered hands kept reaching up and touching her face. Softly, sometimes awkwardly … but tirelessly, hands to face, again and again…

I closed my eyes and shifted into the stillness of my own awareness and I asked if she could show me who was in the room with us.

It could not finish my question before I was interrupted by the answer, not by words but by sight.

With my eyes closed I could see him there, as well as all her loved ones, including my own grandfather, pouring their light into his imprint of form. Supporting him, as he was supporting her.

He was softly touching her face. Her beloved caressing her, after all those 70 years apart. He seemed to be loving her back home.

As I softly opened my eyes, again I saw her aged hands reaching up to touch her face.

It was in that moment that I realized her hands – were his.

(This photo is my grandmother, Hilda Mae and her first husband Ralph. It is dated 1945.) 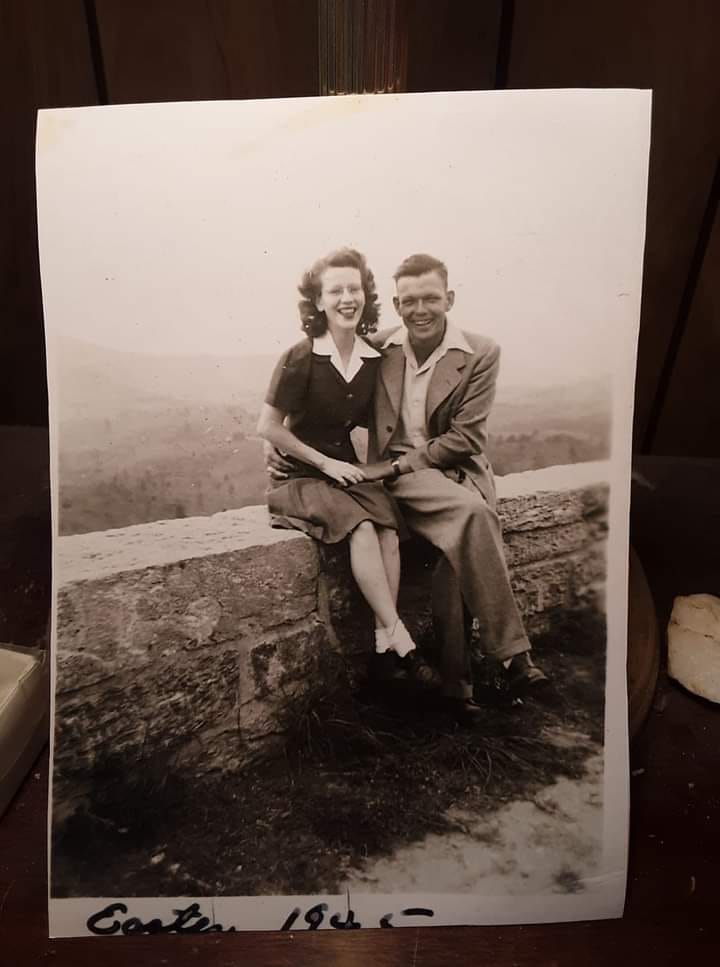